Are you ready to sing a song, play that guitar and belt out a tune or two? Nope, me neither. But let’s talk some music stuff anyhow. It’s the “Music Fact or Fiction” thing that we do weekly here at the site. The questions come from my good friends over at 411mania.com/music. And the rest comes from me. Are you ready to bang that gong? Let’s do this…

Will Smith and Jazzy Jeff’s “Get Lit” was a fine return song for them.

FICTION: I went and listened to it and I just didn’t really like it. It was just sort of “Eh!” at best and for two guys as talented as Smith and Jeff, they could have done better in my opinion. It’s okay I guess, but it probably should have been better.

The MTV VMAs are still as culturally relevant as ever.

FICTION: There was a time that the VMA’s mattered and were important to the folks in the music industry. Of course, there was also a time that MTV played music videos and that doesn’t happen much anymore either. Now, it’s just another Awards show in a world full of awards show that no one really cares or gives a damn about. The VMA’s were once must see TV. And now it’s who cares TV. I sure as hell don’t.

FACT: I’m sure that the Estate of Prince will do fight any attempt by anyone to get the music they have stashed away. They’re not going to sell it and it will only come out and be released when the Estate decides to do so. And not Prince’s sound engineer, Jay-Z, or anyone else is going to change that.

FACT: I went and listened and it was pretty good. Nothing special, but nothing terrible either. Frank Ocean has a good voice and makes some good music usually. This counts as good music.

The news of a new Wu-Tang Clan album is exciting.

FACT: It will be interesting to see what they come up with and release in this new album. It’s been a while since Wu-Tang Clan did anything in the studio and I’m hoping that with the break, they’ll be stronger and better than ever. I’m looking forward to see what they sound like and how they’ve changed or not changed in the interim. I’m excited to see what happens and what we hear come out.

Taylor Swift’s “Look What You Made Me Do” is a poor change of direction from her last album.

FICTION: Swift makes good music and her albums sell. So what if she’s changing up her style a little bit. It’s called evolution and growing as an artist. Maybe it’s not to everyone’s taste, but it’s Taylor and it will make money and go platinum and that’s really all that matters.

And with that, I’m through. It’s time for bed. Have a great night and I’ll catch ya’ll on the flip side. Later gators. 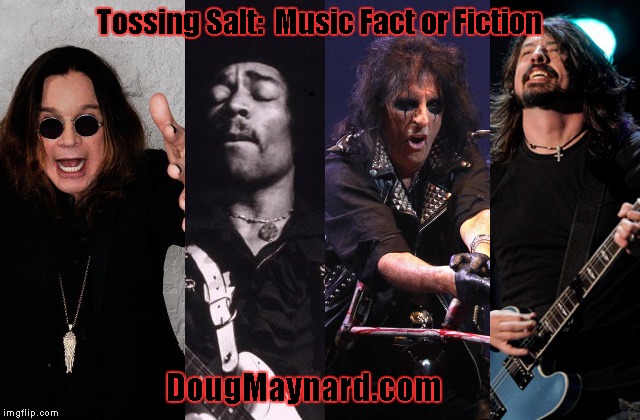