Why do I have a strong craving for fried chicken and a beer? It must be a Sunday morning coming down. Yes, that was a Johnny Cash / Kris Kristofferson reference. It all fits with the wrestling theme of this piece because (A) it’s Sunday morning and (B) Kristofferson’s son, Jody, is a professional wrestler and even spent some time in WWE Developmental. So there you go. Just like NBC, the more you know. This is the Fact or Fiction thing. It’s the wrestling edition. The statements come from my long time close personal friends at 411mania.com/wrestling. I have the answers. Have I forgotten anything? Oh yeah, Horsemen > DX. ‘Nuff said. Let’s do this…

1. How exited are you for the WWE’s Evolution PPV?

Probably an 8 out of 10. This all-female pay-per-view is a long time coming in the WWE and right now, the WWE has the strongest women’s roster that they’ve ever had at any given point. Other companies have done it first (TNA, Shimmer), but no one puts on the big show like WWE and with Evolution, it finally feels as if the women of WWE have broken that glass ceiling. Having all the titles defended, the finals of the Mae Young Classic II and former stars like Trish, Lita, Beth Phoenix and more to be named, this really feels like a huge and special event. The ladies deserve it and as a long time fan of women’s wrestling, from the days of GLOW up to the Attitude Era and glory days of Victoria, Ivory, Molly, etc and even now, I’m happy to see them finally get their due. It’s also a nice paycheck for the women after being excluded from the Greatest Royal Rumble Event a few months ago. This is a big event and though I’m sure WWE is going to over-hype it and cram it down our throat until the day of the event, it’s a long time coming.

2. Smackdown running a mini-tag team tournament is a good idea.

FACT: I love tournaments and what better way to determine the top contenders for Harper and Rowan’s tag team titles than to have the challengers battle it out to get that golden ring of a title shot? It makes the tag team titles look stronger in that teams are willing to fight just for the opportunity to challenge for the belts, plus it expands the possibilities of seeing matches we’d probably otherwise never see as teams that would normally be allies or at least friendly end up matched against each other and fight it out for the chance to take on the champs. I hate it that Gallows & Anderson were excluded, as were Primo and Epico (they are still there, right?), but we’ve got four of the best teams in modern day WWE fighting it out and that’s always a good thing.

FACT: It’s inevitable and has to happen, probably sooner rather than later. WWE has several good regular teams already on the ladies roster with Bayley / Sasha, The Iconics, Alexa & Mickie, Liv and Sarah, Mandy and Sonya and hell, even Alicia Fox and Dana Brooke team up semi-regularly. The teams are there and it’s just a matter of time. Stephanie has already mentioned that the WWE is considering it and that they “listen to their fans” so it’s coming. It’s not if, but just when.

4. Hulk Hogan really has no place in current day WWE.

FACT: I’m glad Hogan is back on good terms with the company and has been reinstated in the WWE Hall of Fame. But aside from a nostalgia appearance here and there and maybe doing charity events and doing interviews for The Network, what role is there for Hulk in the current WWE? I could see, if a situation came up where the WWE needed a name to step in as a one time “suthority figure”, should perhaps something happen to Paige or Kurt Angle, where Hogan could be brought in and maybe even to make a cameo appearance at some events like the Greatest Royal Rumble or overseas events where nostalgia is still strong, but as a regular fixture and persona in the WWE Universe, I think his time has passed.

5. The crowd will again rebel on Reigns vs. Lesnar at Summerslam.

FACT: No one wants to see Roman and Brock fight again. Roman, no matter what he does, is going to get booed out of the building and Brock, the fans have finally decided enough of his MIA ways and indifference to the WWE and Universal Championship. This match will have the heat going in as Brock’s match with Goldberg back at Wrestlemania XX where the only pop of the night was when Steve Austin, the guest referee, stunned the hell out of both men. It’s going to be loud and nasty and I’m expecting that before this match comes to pass, we’ll either see Lashley added to the mix to give the fans someone to cheer for or else we’ll see a Money In The Bank cash-in from Braun or Kevin Owens, whoever has the contract at the time, to send the fans home happy. I have no doubt that Brock and Roman will put on a good match and it’ll be stiff as hell and one for the ages, but the fans won’t care and will crap all over it. It’s inevitable.

6. Steve Austin spoke about the concept of managers in wrestling and that they should still have a [bigger] presence. He is right.

FACT: Yes, yes, a thousand times yes. Managers work. They provide guidance and can act as spokesmen for the men and women who can go in that ring, but may not necessarily have great promo skills. They add another dimension to the wrestlers generally just make things more interesting. Some wrestlers just need that extra little oomph to get to the next level. A good manager can do that. Look at the Midnight Express and imagine if they hadn’t had Jimmy Cornette with them? Or The Bodydonnas without Sunny? Or HBK without Sherri Martel? Andre without Bobby Heenan? Hell, Brock without Heyman? Austin is a smart man and student of the game. He knows of what he speaks and when it comes to the role of the manager in WWE and wrestling in general, he’s absolutely correct.

And there you go. Another FoF in the books and time to call it a day. Thanks for reading. Comments, thoughts and any questions are welcome and appreciated. Drop me a line here at the site or at my e-mail, Doug28352@yahoo.com. Until the next time, take care of yourself and I’ll see you at the matches. 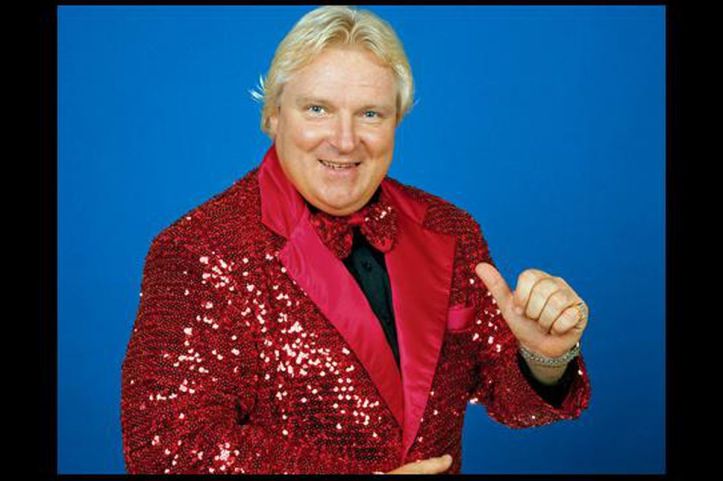