Notes To Myself
Aretha, DMV, The Dream and More
August 15, 2018
DougMaynard.com

Welcome to “Notes To Myself”. What this is, for those of you who are new to the party, is literally where I clean out my closet if you will. I’m constantly thinking of ideas and topics of discussion for the site and most of those, I write on sheets of paper and stack up on my desk next to my computer. These are literally notes to myself and consist of ideas for stories, topics that have cuaght my attention, bad puns and jokes, random thoughts and anything / everything else. Some of these topics eventually become blog posts. Some are cast aside and forgotten almost immediately. And then there are those that are not quite worthy of a full blog to themselves, but I still want to say something about and comment on. That’s why we’re here and what this is for. It’s anything goes, balls against the wall, shake the booty and call me a tailfeather time. It’s time to get ‘er done and do this. These are my “Notes To Myself”. Let’s do this.

Before I get started bitching about DMV and a few other things, I want to send out prayers to the “Queen Of Soul” Aretha Franklin. Reports have come out over the past few days that the singer is gravely ill and in a Hospice facility, near death. Many are the nights I’ve sat here in this house with the earphones on listening to old R&B / soul music and actually quite a bit of gospel too from the extremely talented Miss Franklin. Here’s hoping that the reports of her well-being have been greatly exaggerated and that she’s able to recover and live in comfort for many, many more years. She’s a talent and entertainer that is truly unique and special and in my eyes will always be the one and only “Queen Of Soul”.

Now, let’s talk about DMV. I have spent a great deal of time over the past three days trying to get in contact with someone at the Raleigh office of the NCDMV. An e-mail on Monday and several attempts to call, only to get the message that they are experiencing large numbers of customers and to try again. Tuesday, the same thing. And then today, I sent an e-mail and tried to call nine (count them – 9) times. And I’ve been pissed off and grouching all day. All I wanted to do was to find out the answer to a simple question concerning a restriction on my license, due to the stupidity of my youth, and find out when that restriction will be lifted. I’ve been trying for three days to find out something and just wanting to talk to a human voice, anyone at the DMV. I just needed one question answered and kept getting “try again” and “no reply” and all of that crap. And well, it was really pissing me off. But I got my answer. I came home from work and there was an e-mail response. And it said… I’ll tell you at the end of this column.

I have an idea for a fiction story if I can ever find the time to sit down and write it. I love to write fan fiction stories and have over sixty-five stories up and published at http://www.fanfiction.net. Look for the name TSFiction19 under writers and you’ll find me pretty easily. Also most of my stories are published on my site, DougMaynard.com. Just look under the “Fiction” tag. Now what was I saying? Oh yeah, I had an idea today for what could be a fun Buffy The Vampire Slayer fan fiction story to write. I’m sure that everyone reading this is a big fan of Buffy, right? Of course we all are. Why wouldn’t we be? Well, at the end of the episode “Once More With Feeling”, it’s revealed that Xander was the once who accidentially summoned the dancing and singing demon, Sweet. And then there was the scene where Sweet decided to “waive the clause” that would make Xander his “Queen”. Well, what if Sweet had not decided to leave peacefully and decided that since Xander summoned him, he was going to take Xander back to his demon realm? So Sweet vanishes and takes Xander with him. And Anya and Willow get pissed and want to go “rescue” Xander. That would be a story to see. A very powerful, but inexperienced witch and a 1000 year old former Vengeance Demon, along with The Slayer trying to storm a dancing demon hell realm to save their friend. That story could rock. I hope I can find the time to do it eventually, but if anyone is reading this and writes fan fiction and wants to give it a shot, feel free. It’s a good story arc that could go many different ways and I’d love to see someone, even if it’s not me, bring it to life.

Let’s get to cleaning off my deak and see what pieces of great inspiration that I’ve written down and see if any of it is worth talking about. Here is something that says, Angie had a dream”. This was a real life incident that happened many years ago when I worked at Dairy Mart. For those of you who remember Dairy Mart and the wonderful and awesome crew we had there, this was just another day, but it’s a pretty fun story. One of our cashiers who worked the day shift for a couple of years, an awesome woman, well she had this dream one night that someone at the store, a store that was, with the exception of me, all women. We had other guys come and go over the years, but our manager turned supervisor and myself were the two long term men of the house. So she had this dream that one of the women at our store was pregnant. Now three of the women working there had teenage daughters at the time so keep that in mind. She told our manager, who just happened to be her sister, about the dream. And our manager, knowing that the dreams she often had came true more often than not, freaked. She went to the drug store and called every single women at our store… and their daughters… and her daughters all to the store. She had bought pregnancy tests and every damn female in that store was told to take one. This included every female employee and every daughter of every female employee. Everyone was tested. It was quite the scene, but as I said earlier, if you remember this store and this group of people, it was just another day and business as usual. No one was pregnant, thank God! But damn, if they had been, I think our manager would have reached up inside and ripped the fetus out of them. No, not really, but they would have caught hell to be sure. So the cashiers dream was wrong. Or was it? A girls that came into the store regularly, a regular customer who liked to hang around and was friends with the manager’s daughter, she had a baby roughly about eight months later. So it wasn’t one of “us”, but someone guilty by association. The dreams never lie.

Did you see the news about Jim “The Anvil” Neidhart, who passed away Monday? He died as a result of a fall. First Owen and then Jim. I guess gravity really does hate the Hart Foundation. **GROAN** Too soon? Yeah, it probably is. My bad! I guess I’ll close this up and go do something else. I think I need to wash clothes. So thanks for reading. Thoughts, comments and any questions are welcome and appreciated. And until the next time…

Wait a second. I forgot to tell you. My restriction on my license that I was trying to inquire about. I thought that it was over with and ended later this month at the end of August. Well, I was wrong. It ended on July 28th. I’m a free man. Come Monday, I will have that machine removed from my Blazer and let freedom ring. And now you know.

I’m down and gone. See you tomorrow. Have a great night. And a big shout out to the fam. I loves y’all much! ‘Nuff said! 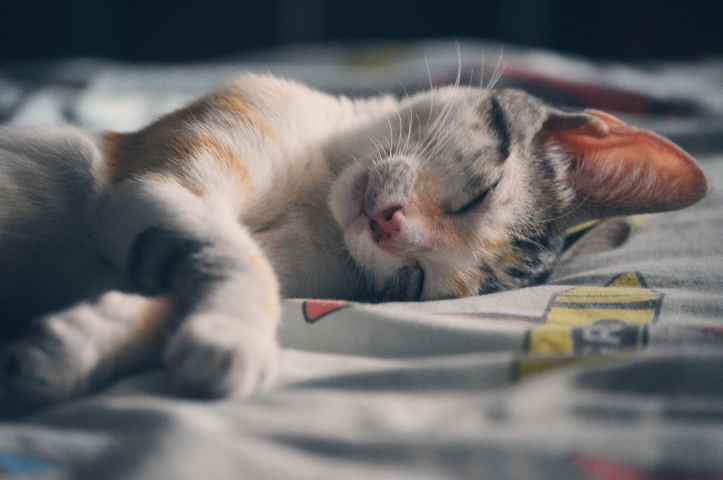