Are you ready to get pissed off? Yes, it’s time to do that political thing again and talk about a few of the men and women currently attempting to become the next President of the United States. I’ll try and keep it clean and respectful as possible, but no promises. Let’s do this…

Bernie Sanders says that billionaires should not exist and are wrong and immoral. Do you agree?

I don’t agree at all because becoming a billionaire, being a success is the American Dream and I’m not talking about Dusty Rhodes. A person should want to be a success and enjoy the benefits, thus getting rich. If you’re not going to reap the benefits of your hard work and efforts, why even bother. If you just sit around and wait for the Government to give you everything for doing nothing, what is the point of even trying? What makes a country great is when people work hard, play hard, get inventive and strive to get better. And they should be rewarded for their efforts. Sanders may think that being a billionaire is a bad thing, but let’s get real. Everyone should want to be a billionaire. I know I do.

Does the Democratic party want Bernie Sanders as their nominee?

Of course not. They screwed him over in 2016 in favor of Hillary Clinton and if he does manage to secure the nomination this time around, they’ll find a way to screw him over again. Bernie is popular with the Democratic voters, but the establishment of the party doesn’t like or want him. He may be running for the Democratic nomination, but Sanders is a registered Independent. I’m going to make a prediction here and I hope that I’m wrong, but here goes. If Sanders wins the most votes and is the presumptive Nominee, he will not make to the Democratic convention. Look for a “heart attack” or “car accident” or something of that nature. And then an establishment candidate, maybe one named Hillary or maybe Creepy Joe Biden, but someone that the party can control, will “step up” and take the spot against the President in November. They’ll do it “for Bernie”. Mark my words. Bernie may win the nomination, but between the “Super Delegates” and the old cliche’ that “accidents happen”, he will not be the one to face President Trump in November. Mark my words.

You’re gay. Do you support Mayor Pete for President?

I may be gay, but I’m not stupid. Mayor Pete is not qualified to be President of the United States. It’s just that simple. He was a failed Mayor for a big city, but what else has he done? He’s better than Warren, Booker or Kamala as a candidate, but I don’t see anything that makes me think he’s capable of holding the position of leader of the free world. I’m not a single-issue type of voter and I prefer to look at the big picture rather than just one or two positions and while I am proud to see that a gay man is in the running and being taken seriously as a Presidential candidate, Mayor Pete is not the right person for the job. He should go get some experience. Start a business. Run for Senate or Congress or Governor first. And then try again in twenty years. But for now, he’s the wrong man at the wrong time.

Stacey Abrams says that she’s willing to run for Vice President on the Democratic ticket if asked. Thoughts?

How does this delusional clown even think she’s qualified to be Vice President or that anyone would even want her on the ticket. She was a member of the State House in Georgia for ten years and then tried to run for Governor. She lost the election and then started complaining and making excuses. She still has yet to be a woman and concede her loss to now Governor Brian Kemp. She brings nothing to the table but cries of sexism, racism and any other excuse that she can throw out there. She’s a joke at best and that anyone at all takes her seriously just shows had messed up and delusional things have gotten with modern politics.

You once opposed Donald Trump for President. Now you support him. What happened?

I’ll be the first to admit that when Donald Trump first announced that he was running for President, I was disgusted. I thought that was obnoxious, overbearing, thin-skinned, egotistical and just a total piece of crap. Anyone, with the exception of Rick Santorum who is a total piece of crap, running for the Republican nomination was better in my eyes. But then he won the nomination and it was Donald versus Hillary. I may not like Donald, but compared to Hillary Clinton, he’s a literal saint. Compared to Hillary, Satan himself would be a better choice. And he was starting to grow on me. Trump may be everything I said before, but he quickly showed that he can get things done. His ego is so big, it won’t allow him to fail or give up. And when I saw how crazy he made the Democrats and the liberal left and how much the media hates him and I realized that he was different. He doesn’t play politically correct and to be honest, that’s exactly what our country needed. Politics and business as usual haven’t worked for our country and now, here comes Trump and he’s everything a politician shouldn’t be and it works. It’s a refreshing change. I still think that Trump is thin-skinned and an ego-maniac, but he has done a great job and our nation is far better for his efforts. And I even appreciate his sense of humor. He’s a sarcastic ass and has a savage wit and I like that. President Trump made a believer out of me. ‘Nuff said!

And I guess that’s all for now. My thanks for reading. Any comments, thoughts or questions are welcome. Let’s chat. And with that, I bid you farewell. I’ll talk to you later. 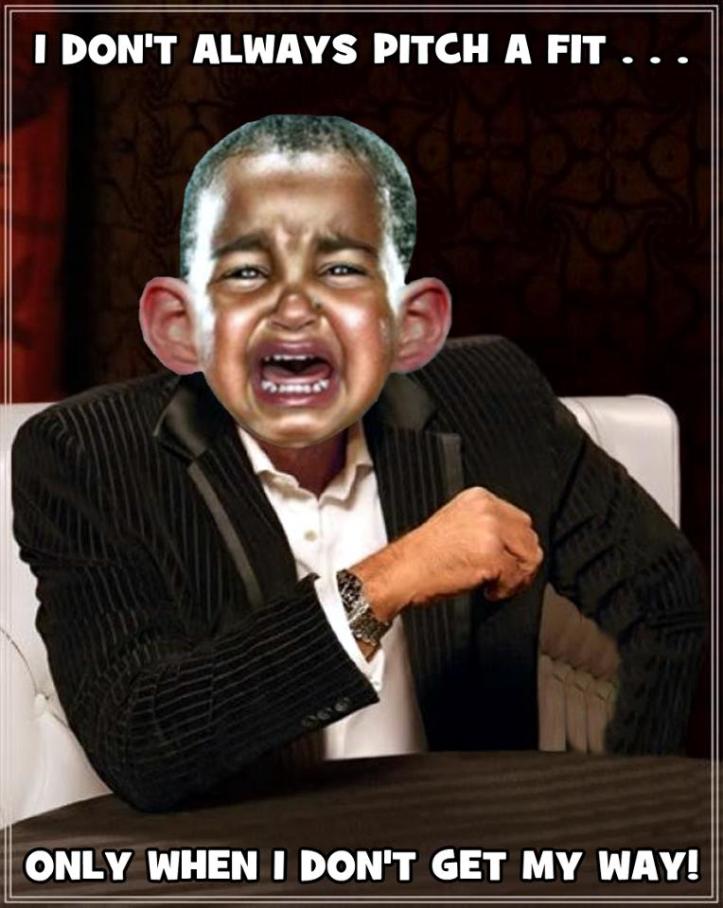