It’s time to do that Wrestling Q&A thing. The questions come from Jesse. And the answers, that’s all me. Let’s do this…

WWE asks you to rename the Universal Title. What do you call it?

What’s bigger than the Universe, but not quite so silly sounding? I’ll just go with the “World Championship” as it was before. That wasn’t broken, had a history and made sense so go back to what worked.

King Kong Angelo Mosca versus Brock Lesnar in a shoot fight. Who wins?

Mosca, a former player for the CFL stands about 6’4 and weighs 275lbs and during both his football and wrestling career, was considered to be one of the toughest men around. His nicknames of “King Kong” and “Big Nasty” were well earned and totally deserved. And then there is Brock. Former NCAA Champion. Former UFC Champion. Multiple time WWE and Universal Champion. These two men, in their primes, in a legit shoot fight would be a crazy encounter and I believe that both men would end up with a crimson mask before all is said and done. Mosca would get some shots in and Brock would leave knowing that he’d been in one helluva fight,but in the end, I think the power and skill that is “The Beast” (and current WWE Universal Champion), would come out on top. Brock wins.

This one would be a great wrestling encounter among two of the very best pure technical wrestlers of all time. Steamboat was and continues to be an amazing wrestler and athlete, but AJ’s style is more diverse and I think he’s got a slight edge in many ways. It’d be a wrestling clinic for the ages and I think that AJ would squeak out the win and come out on top.

Should Randy Orton be punished by the WWE if the allegations against him are proven to be true?

No and here is why. These allegations of Orton whipping out his little RKO when meeting new writers happened many years ago and no one bothered to ever say anything about it then even though it was probably common knowledge. It’s old news and compared to many of the stories I’ve heard about life on the road and the antics with the wrestlers backstage, it’s actually pretty harmless. If he was to continue to do it now in today’s “snowflake society” where people get offended over everything, big or small, then punish him. Hell, fire him. But it’s not right to punish him now for something that happened so long ago, especially when everyone was okay with it then. No retroactive punishment. RIght now, just give him a warning that it can not and will not happen again or else and let it go. It’s old news.

Should Renee Young be made a permanent member of the RAW Announce team?

Maybe at some point if there is a full time opening or if the only alternative is Booker T or Otunga. Then use Renee. But for now, leave things as they are. She did a great job on Monday night, but she also does a great job with the interviews and if things aren’t broken, then don’t bother trying to fix them.

Will Impact Wrestling eventually end up as part of The Network?

Yes, it will… when Anthem gets tired of losing money and WWE buys out their wrestling company.

Will John Cena be WWE Champion at least one more time?

I really hope not, but I can see Cena being hot-shoted the title at least one more time to get ratings and publicity. It’ll probably happen.

The better heel – Roddy Piper or The Miz?

It’s like comparing apples to oranges. Both men were great at what they do and made excellent heels. I think Miz has the tougher time since the world is so anti-hero now and everyone wants to cheer him. Things were more black & white when Piper was in his prime and hitting people over the head with coconuts. Both men made excellent heels and were / are easy to hate and despise. I can’t decide who’s the better heel. I greatly enjoy both of them.

And there you go. Thoughts, questions and comments are welcome and appreciated. Thanks for reading. And until the next time, take care and support your local Indy wrestling. I’ll see you at the matches. 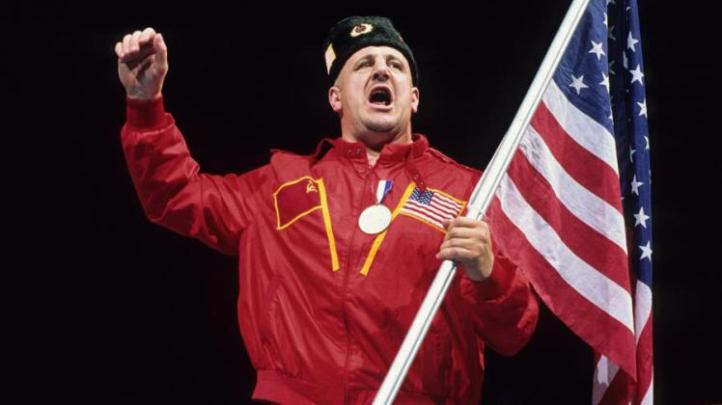