It’s time to do that Fact or Ficion thing and this time, we’re all about the world that is Pop Culture. I came up with the questions based on the stories and headlines on my Google feed. And the rest is history. Well, maybe not, but it sounds good. I’ll agree or disagree and if you don’t agree, then Triumph the Insult Dog has five words. “For Me To Poop On!” I know, this doesn’t make sense. I’m tired and ready for a nap. It’s been an exasperating day. Let’s do this.

1. You are interested in the reboot of the TV series Bewitched.

FACT: I’m interested to see how it turns out , yes. The movie version that they made a few years ago was somewhat pitiful and a waste of time, but I’m trying to keep hope. It’s a good story idea and with the right characters, the right people playing the roles and good writing and directing, it might be fun to see. I’m not crazy that they’re compelled to make sure that the characters of Sam & Darrin are interracial. Everything these days has to be so politically correct and that’s sad. One is a witch and one is a muggle / mortal. That’s already a mixed marriage and anything else is unnecessary and not needed. I’ll check it out when the series comes out. It might be good or might not be. I’m hoping for the best though.

2. Disney should rehire James Gunn as the Director of the Guardians of the Galaxy 3 movie.

FACT: The whole reason for firing Gunn was stupid, moronic and a big overreaction to to a stupid situation. Gunn was fired for things that he, as a comedian, said ten years ago. Hell, I’m not even a comic and I see things come up on my Facebook and Twitter memories that I’ve said that make me cringe and I’m sure that most people do. It was then, but this is now and we’re not necessarily the same people we were then. It happens and I wonder how many Disney Execs have said worse things, but are just lucky that no one has spilled the beans on them yet. I get it that Disney has to save face and rather than admit that they over reacted, stick to their guns and decision. That’s just the way things go and so Gunn remains fired. Bad decision and bad move that I think will (and already has) come back to bite Disney in the ass as this develops more.

3. You are surprised that The Eagles have displaced Michael Jackson’s “Thriller” as the best selling album of all time.

FICTION: Not really surprised because it was only a matter of time before an album eventually sold more copies that Micheal’s, but I wasn’t expecting it to be The Eagles Greatest Hits. It’s a great album and has some amazing music on it, but I was actually thinking Fleetwood Mac’s “Rumors” would be the one. Oh well. Congrats to the Eagles for this huge accomplishment.

4. Donald Trump’s star on the Hollywood Walk of Fame should be removed.

FICTION: Trump earned that star on the Hollywood Walk of Fame through his work as the host of NBC’s “The Apprentice”, as well as his other work in television. If people are upset about it being there, they need to get the hell over it and quit crying and complaining. Bill Cosby’s star is still there. So is Harvey Feinstein’s star. So is Kevin Spacey’s.  They allegedly assaulted and raped people. Trump only won an election and became President of the United States. Leave his star alone and go back to your safe place, stupid ass snowflakes.

5. “The Conners” sitcom will be just as successful as it’s parent series, Roseanne, was for ABC.

FICTION: I’m mixed on this one. I hope, for the sake of John Goodman and the rest of the cast, that it is very successful and has a great run of several years, making lots of money for everyone involved. But then again, without Roseanne there, I don’t think that it will draw quite the crowd that it originally did. I tyhink that there will be a lot of people who will refuse to watch because of their anger at ABC and the way ABC jumped the gun in firing Roseanne from her own show. Then there will be those who will tune in for the first episode to check things out and then never watch again. It’s going to be interesting to see how things go. I don’t think the future will be as bright for the show though as everyone expects.

6. You would be interested in seeing a spin-off series from Big Bang Theory after it ends it’s twelve year run next year.

FACT: It depends on which characters are used and what the plot and story ends up being, but yes, I would be interested in watching a Big Bang Theory spin-off series, especially if the central characters are Howard, Bernadette & Raj. Just imagine Howard and family moving to Florida to work at NASA and of course, Raj decides to tag along. Sounds like a great new series to me. Hey CBS, feel free to use my idea.

And there you go. Thanks for reading. Thoughts and comments are welcome and appreciated. Let me know what you think. And with that, I’m out of here. Until the next time, take care and I’ll holler at ya. Have a great one. 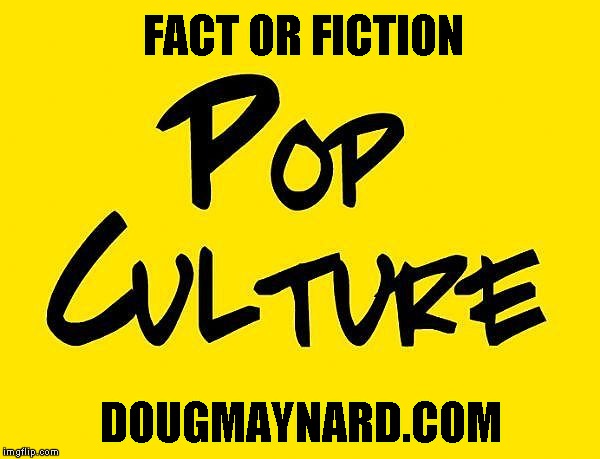