I used to call this the Facebook Q&A, but then I realized that less is more and well, here you go. It’s real questions about real topics that really matter… or maybe not. I take five questions that I found in the realm that is social media and now, it’s time to give the answers. No political correctness here, but just the facts. Let’s do this…

Look at the recent scandals and epic dishonesty in the FBI and the Department of Justice. I’m not saying that there aren’t good and honest law enforcement officers because there are, but power corrupts and absolute power corrupts absolutely. And it’s rampant all over and not only in the higher, federal ranks, but in local as well. Right now here in our local region, we have officials who are pretty good, honest and straight up, at least at the top of the county. But the DA’s office, the court system, it’s all as messed up here as everywhere else. The “good old boys” network is still alive and strong and our DA, she doesn’t rock the boat or ruffle any feathers and damn justice and the consequences. And in the court system, you’re guilty unless you’re damn lucky, know the right people or the prosecution has so badly presented their case that even the Judges can’t overlook their incompetence. I remember when I had to go to court for a case against my ex. I as much said in the court room that it was all smoke and mirrors and regardless of what was said and done in that courtroom, Chris would be found guilty and it was all a farce, a kangaroo court. The Judge got really upset at that and tore into me for answering truthfully about what I believe and I was actually surprised that I didn’t get hit with a contempt charge. I pissed them off that much by telling the truth. But do I think our court and legal system is corrupt and dishonest. As Sarah Palin once said in the middle of a debate against Joe Biden, “You betcha!”.

2. Should the United States require mandatory military service for all citizens over the age of 18?

Two years of military service upon completion of high school or college? Why not? It would give people some experience in respect, responsibility and force the kids to grow up and join the ranks of adulthood. It’s a good idea that benefits the country, the people and is win – win in my opinion.

3. Should the national drinking age be lowered to age 18?

If a person can vote, hold elected office, buy a house or car, get married, buy cigarettes, buy a gun, be tried as an adult, etc, then they should be able to buy and drink a beer. ‘Nuff said!

4. What is the best fast food restaurant?

It depends upon what my mood is and what I’m hungry for, but I’ll go with Burger King. I have coupons.

5. Should public schools move to a four day schedule with longer days rather than continue with the standard 5-day schedule most schools use now?

A couple of theschool systems here in North Carolina are trying this and to be honest, I don’t see anything positive about it. True that this gives the kids three days off every week and they’ll like that, but this new schedule means longer days for the students and with the short attention span of kids these days, trying to fit more in on a single day just won’t work. The longer days will mean kids are more tired at the end and retain less of what they’re learned. It also gives the kids three-day weekends every week and that much extra free time is just trouble waiting to happen. And I forget what else I was going to say. Well, it really doesn’t matter. Bad idea. Five days, Monday through Friday. And teachers need to be able to teach and quit having to be baby-sitters as they are now. The problem isn’t the school hours, but the agenda and what the teachers are allowed to and not to do. And the students needs to put the phones down and pay attention. And I’m rambling so time to end this.

I’m through. Questions, comments and thoughts are welcome. Until the next time, take care and stay safe. Have a great one. 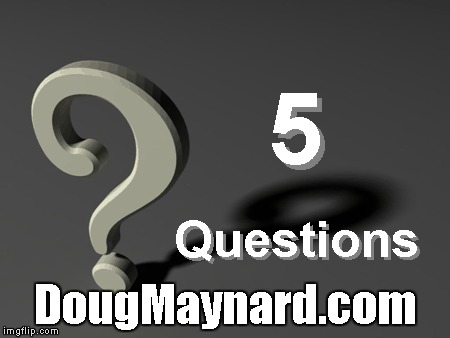