Welcome to another brand spanking new edition of “A Day Of Dougie”. It’s already been a busy day and I probably should be headed to bed soon, but I wanted to do one more thing for all of my loyal readers (both of you) here at the site. I’ll probably regret this in the morning when I’m walking into the workplace at 6:30am to help unload about 1200 cases of liquor, give or take a couple hundred or so, but I’ll deal with that tomorrow. For now, it’s time to get busy, put the creative flow to work, reach into the “Magic Bag” and see what up. Doesn’t that sound like fun? It’s either do this or watch reruns of Impeachment stuff on C-Span. Where that “Magic Bag” at?

Okay, let’s reach in and see what topics are on the agenda for today. We have: Lunch Plates, Politics, The Graveyard Dream and finally, House Hunters International. Yes, there are four topics rather than just the usual three because when I pulled out “politics”, I don’t want to do it. I’m so burnt out on politics right now. But the nature and very being of this column is that I write about each subject, taking it as it comes and go with the flow and deleting a topic because I don’t want to do it isn’t right. So I’ll make a brief (hopefully) comment of a political nature when that topic comes up and then move on. At least I think I will. We’ll see. So those are the topics. Let’s do this…

How did this topic even make it into the Magic Bag and what can I say about lunch plates? That they’re plates of food and served at lunch time? Yeah, I think that about covers it. I remember the trays of lunch in the cafeteria during elementary school, but honestly, that’s the last time I remember eating lunch at school. When middle school and high school came around, eating lunch was an option and it was one I generally didn’t bother with. And even now, as a sexy middle-aged sales associate for dealing with fine spirits and adult beverages, I still rarely do lunch at the conventional times. I grab a snack or meal on the go most of the time and if I do decide to do a “lunch”, it’s a burger or something from a fast-food drive-in. I do sometimes go to Golden Run, a Chinese restaurant that I like and hit the buffet with a take-out tray to take home. I guess that would count as a lunch plate. It also works as a dinner plate as I can usually make a take-out tray from the Chinese place work for two meals, both lunch and supper. And I guess that’s enough about this topic. How did I even pick this topic? Oh vey!

I love me some politics usually, but the recent crap coming from Washington and our Congress has really turned me off as of late. I get it. They don’t like President Trump. Yes, he’s obnoxious sometimes and a bit full of himself. And he beat the “Divined One” in the 2016 Presidential election and his very existence drives the liberals crazy. But Trump IS the President and the things he’s trying to do ARE working. And rather than give him a chance, all we’ve had since Day 1 is “Not My President” and “Impeach!”. I’m so sick of all of it. The more childish and dirty that the Democrats are in their tactics and behavior, the more I despise them. I’m registered as a Democrat, but so long as Pelosi, Schumer, Schift, Nadler, Maxine, etc, are in power and represent that party, I swear I will never vote for a member of that party again for anything. Rather than do the jobs for which they were elected, all the Democrats care about is “getting Trump”. It’s freaking crazy!The world has gone crazy and it’s all rooted in Washington D.C. I don’t like most of the Republicans, but I damn well despise and totally distrust the Democrats and they have only themselves to blame for that. I don’t look at single issues, but at the big picture and any group that worships Hillary and counts the rest of the clown-show as their leaders, I can not and will never have any use for. ‘Nuff said!

This one has been sitting in the “Magic Bag” for a couple of years at least because right now, as I’m writing this, I can not even remember what the so called “Graveyard Dream” was all about. It must have been vivid and disturbing for me to make a note of it and put the topic in the bag for future consideration as part of a “Days of Dougie” piece, but I just don’t remember it anymore. I do remember something about a dream that I used to have fairly regularly about being at Stewartsville  Graveyard, walking around in the darkness and feeling creeped out like someone or something was watching me. That may have been the dream I was thinking about, but I’ve been out at the graveyard many times over the past thirty years during the day and at night and it’s never bothered me or creeped me out. In fact, it’s quite the opposite and I’ve always felt relaxed and comfortable there, like I’ve come home and belong. That place is fascinating to me and always has been.

Oh shit, I just remembered what this topic was about. Not far from my house, in the woods off of Turnpike Road, there used to be an old cementary and there was a souble-grave there. It was just a small family thing with maybe three or four graves and it was in the middle of the woods, just off a trail that we frequently traveled when we were teenagers, before we had licenses. And in the dream, I was at that particular grave with an old friend, Bill, a guy who lived right by the trails. And we were talking and drinking a beer and in the dream, we kept hearing voices like a whisper in the wind. And I blamed it on the wind and Bill kept saying it was “Mr. Sam”. I don’t know who Mr. Sam was supposed to be, but Bill was drinking and kept saying “Mr. Sam” and I just didn’t care and wanted to go to the store to play video games. And that’s what I remember. Nothing more, but I had that dream more than once and it never went any further than that. It was just real and more detailed, but I don’t remember the details anymore. I wonder if that grave is still there? I haven’t been out that way in about five years, since Chris was here living with me and I don’t remember it still being there. I may go look and see next time I have a day off and have the time. I also wouldn’t mind seeing Bill again. It’s been about twenty-five or so years since we last spoke. I wonder how he is? Let’s move on.

House Hunters is one of my favorite shows on HGTV. Watching people look for their future homes is kind of cool and it’s fun to see just how close their tastes is to what I’d choose. And the International editions? Oh vey! I know that here in America, we’re kind of spoiled in many ways and have it pretty damn good, but looking at some of those places people are trying to rent or buy overseas, it’s freaking crazy. I’ve lived in some dumpy places over the years, but then I see these places and they make the worst I’ve ever lived in look like Buckingham Palace in comparison. Small and dated and just lacking in almost everything that we would expect and be used to living here in the States. Look at this shack with one room, no shower or dishwasher and 240 square feet and it’s only $3000 a month, U.S. Yeah, I’ve seen places that bad and worst. And I can’t help but wonder what the hell are these people thinking?

I get it that it’s another country and enviroment and things are different. And maybe I am just spoiled by living in the greatest country in the world, the United States, but I look at these other countries and the way they live, the houses that they live in and there is no way that I would want to live there or even visit truthfully. I love the show on HGTV and as I’ve gotten older, I watch HGTV more and more often. It’s the MTV for old people, along with Fox News and the Weather Channel and it’s a fascinating look at the world abroad. But if that’s what the world has to offer in terms of lodging, I’ll stay right here where I am, thank you.

And there you go. My thanks for reading. Any comments, thoughts or questions about this or anything, no subject off limits, drop me a line in the comment box or by clicking “Doug28352” at the top of the page. Have a great one and I’ll catch you on the flip side. Take care. 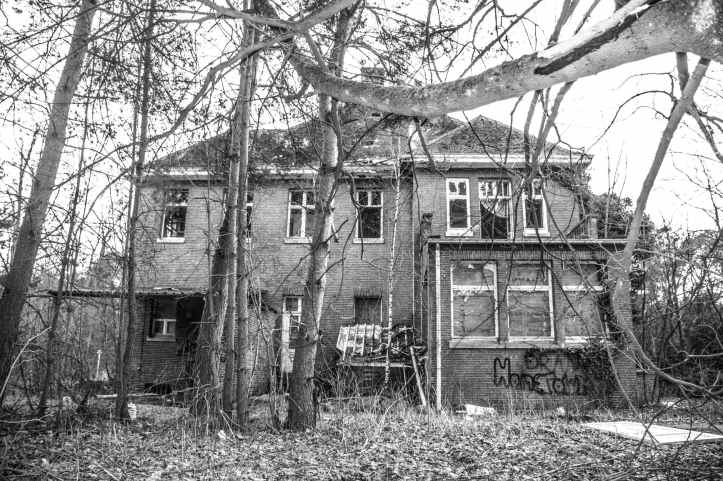