It’d be a fun and exciting match and Jim Cornette at ringside would probably be all over the place and going insane. Two of the very best tag teams of all time going at it. Of course, the faces, the Hardys, would win after some interference by Cornette backfires because that’s how wrestling works. The true winners would be the fans getting to see this fantasy dream encounter.

Who would you like to see challenge R-Truth for the 24/7 Championship?

Curtis Axel, Heath Slater, Titus O’Neil, EC3 and another round or ten with Drake Maverick. That was some entertaining stuff.

Some wrestlers (Cory Graves, Carmella) are refusing to travel for WWE. Are they right in doing so?

If they don’t feel safe traveling and are in self-quarantine, then they are very much correct to stay home. This virus ain’t no joke and it’s better to be safe than sorry.

Should the Jurassic Express drop Marko Stunt from their team?

He’s small and annoying and doesn’t belong as a featured star in a major wrestling company, but he makes a good mascot and he’s living the dream. Leave Marko alone.

Where would you rank Goldberg among the all-time greats of pro wrestling?

Goldberg was the right person at the right time and I’ll give him credit for staying in great shape and having a presence. But for me, he’s not even in my Top 20 of all-time wrestlers. Not even close.

Why didn’t the WWE ever bring in Kevin Sullivan as part of their creative team?

I’m surprised that they never gave Kevin a call at some point. Between Florida, ECW and WCW, he’s proven time and time again that he’s a very creative guy and knows the business inside and out, but still, not a word that we’re aware of from Vince and WWE to Kevin about coming in. My guess is the “devil worship” angle in Florida probably makes someone in Stamford nervous and then throw the whole Benoit situation in there as well and they’re just afraid to take a chance and stir things up a bit.

What is a “Bone Yard Match”?

WWE hasn’t clarified this yet that I’m aware of so I’m just speculating, but my guess would be a “Buried Alive” match.

This would be a great match and be extremely fun to watch. I have lots of love for Owens, but the winner would be “The Rock” Don Muraco.

And there you go. My thanks for reading. Any comments, thoughts or questions, drop me a line. Until the next time, take care and stay safe. I’ll see you later. 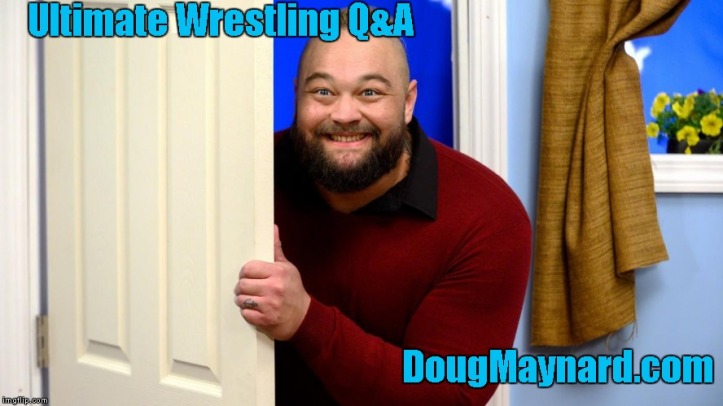