So here we are again with another one-man edition of Wrestling Fact or Fiction. As is my routine, since I’m a habitual offender (lol), I “borrowed” the majority of the questions from the 411mania.com wrestling website and their column that goes by this same name. I added four questions / statements of my own. And the answers are, as always, one-hundred percent my own. Let’s do this…

1. While well-performed, the CM Punk/Paul Heyman interview on Raw failed to connect with their audience.

FACT: I think that the people watching on TV will get it, eventually, but the audiences of today are not used to subtle methods. It’s argue, chair-shot, punches and chaos and to have two men calmly spill their guts and “discuss” their issues and resolve things with a hug, it’s unheard of in today’s world of sports-entertainment (unless it’s Kane and Daniel Bryan, if you will!) The whole segment between Heyman and Punk was about words, body language and being subtle, the way things used to be. I got it and I’m sure that some of the old-school fans did. Start off quietly and gain momentum, eventually ending with a big climax. That’s the way wrestling should be and both Heyman and Punk are true masters of the game. It was just but a whisper, but I’m more excited for the Punk / Heyman / Brock triangle now than I ever was before.

2. The Rock was the right person to feature on the cover of WWE 2K14.

FACT: While I personally would have preferred Punk or Daniel Bryan or even Sheamus, the Rock has the mainstream appeal that no one else, aside from maybe Stone Cold Steve Austin (barely) can match. The current WWE roster is full of wrestlers and superstars. The Rock is a movie star and media darling. Use him and make more money by selling more games. It’s just that simple.

3. Daniel Bryan going over Randy Orton on Raw solidifies him as a main event talent.

FICTION: Bryan is already a main event talent. He’s a former World Champion. In a place like the WWE, no single win or loss matters, regardless of the opponent. It’s how you sell merchandise and get over with the WWE Universe (and Vince). Bryan is doing well on both counts and that’s what matters. He’s main event because people like him and he can put butts in the seats. Nothing else matters.

4. Matt Striker didn’t get a fair shake as an announcer with WWE.

FICTION: He was used all over the place, as a commentator, back-stage interviewer, working on DVD’s and other projects. He had great opportunity and a great run with the company and I have a feeling that he’ll be back eventually. It’s just not in the cards for now. It’s part of life and shit happens.

5. There should only be one Money in the Bank ladder match.

FACT: I remember when MITB took place at Wrestlemania and one of the big stories each week following that event was which title belt, be it WWE or World, would the MITB winner decide to go after. It added intrigue to the event and expanded upon the possibilities. Two matches for one event is too much and is, in my opinion, overkill. Have one match to headline this PPV and let the winner make a decision as to which champion to pursue. It just works better for me.

6. Rob Van Dam is justified in taking shots at TNA in interviews.

FACT: So long as he’s being honest and truthful, let him say what he will. He’s a grown man and has an opinion and there’s no reason to remain silent if he’s got something to get off his chest.

7. Brooke Hogan & Bully Ray will get back together.

FACT: Uugggh! Yeah, and I won’t be watching because as good as I think Bully Ray is (and he is), when you add a Hogan to the mix (any Hogan), my interest just plummets to nothing.

8. Ring of Honor ceasing their live iPPV business is a good move.

FACT: It seems like every iPPV event that they had was hampered by technical difficulties and problems, so until they can get those issues worked out, it’s probably better to just go to filming and then releasing the material a few days later in some other format. It cuts out many of the headaches and will allow them better control over the final product.

9. Mark Henry should be the next WWE Champion.

FACT: After that great performance on RAW two weeks ago, Henry should be given anything he wants. He’s a legitimate tough guy and bad-ass and a man that the fans would accept easily to take the place of the over-exposed John Cena for a while. He should be the WWE Champion because he deserves it, he’s earned it and that’s what he does.

10. Taz should leave TNA and go back to working for WWE.

FICTION: I want to say fact because Taz is a damn good color-guy and he would be better in WWE than TNA, but right now, WWE has Lawler, JBL, Miz, Alex Riley, etc all working as analysts for different shows and Taz, as good as he is, would be lost in the shuffle. And let’s don’t even talk about the rumors of Colt Cabana being considered for an announcing job. Of course, if the WWE would use Miz and Riley as, I don’t know… WRESTLERS, that would open up a spot and Taz could move back into a main-role rather easily. I like Taz and wish he was part of the WWE scene so I could hear him again more often, but until things settle down a bit in the WWE, he’s better off as the main color-analyst / announce guy in TNA.

11. TNA should help Zema Ion with his medical bills?

FACT: If Ion worked for the WWE, his bills would be covered. Hell, WWE even picks up and covers medical bills for former employees, under the Wellness program. Ion is a TNA employee and his original injuries occurred under the TNA banner. TNA needs to help him out with those medical bills. Hell, just have Hogan, Bischoff, Dixie and Sting each make a donation and set up a website under the TNA banner to help raise money for those medical expenses. It’s the least that they could do.

12. Having the McMahons / HHH appear on RAW more often is a good thing?

FACT: I hate to admit it, but having Vince and Steph and HHH pop up in their roles as leaders / administrative folks, does add interest to the product. I’m curious to see where these small conflicts between Vince and HHH are headed and I like seeing Steph be a bitch to AJ and the Divas. I like the McMahons – I just wouldn’t want to work for them. But they do help the product.

And there you go. I guess that’s it for me now. It’s starting to storm and I need to head uptown to get some movies and then over to see La Krew Familia. Catch you on the flip side, my peeps. Later. 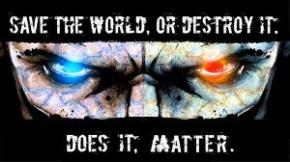