As anyone who has known me for any length of time is well aware, I really do hate when a customer refuses to talk. They walk into the store, a sour expression on their face as if they stepped into a pile of horse crap, the nose way up into the air. I speak as they enter, “Good morning!”, and they don’t say a word except for maybe a huff of breath. Then they approach the register to have their purchase rang up and I repeat, “Good morning!”, or “How are you today?”, or something of that nature. They just glare, never saying a word or even acknowledging that they’ve been spoken too. I ring up their sale and tell them the amount and they are just standing there, an air of arrogance mixed with a look of disgust all across their face. The transaction is completed and they just pick up their bagged item and walk away, still refusing to say anything. I say, “Have a great one!”, “Take care!”, or something of that nature. I may get an evil leer, but generally, still no response at all. I really do hate and despise these people. They need to be smacked, in the face, with a steel chair. “Will you acknowledge me now, ass-clown?”. Those people… they belong on “The List!”.

But what was I saying? Oh yes, I remember now. As anyone who regularly reads my material knows, I sometimes write an article called “Wrestling Fact or Fiction”, where the questions come from the site, 411mania.com/wrestling and the answers are all mine. It turns out that 411mania.com also has a music section and that they also do a “Fact or Fiction” column for music too. I saw this and decided that, what the hell, if I can “borrow” their wrestling questions, then I can “borrow” the music ones too and do a “Music Fact or Fiction” column. Also, I’m bored. So now we have this. The questions come from 411mania.com/music. The answers come from me. Let’s do this…

Snoop Dogg’s latest video for “Lavender” went too far with its mockery of the President.

Fiction: If Snoop was still relevant or important, this might be a big deal, but he’s not (and never really was) anyone of any major importance in my opinion and is just trying by any means possible to grab some attention and spotlight. Is it disrespectful as hell? Yes and I’d love to see someone stand up at the record company and maybe drop him as an artist or maybe some endorsements be lost as a result. It won’t happen and he wouldn’t care anyhow. The only thing that would hurt Snoop would be if his weed-connection was cut off. He’s a dumb-ass.

Fact: Who is Drake and why does he matter anyhow? A pretty boy with an okay voice who I could care less about. “More life” or “No life”, it’s all the same to me. Next!

Frank Ocean’s song “Chanel” was a step down from his other works.

Fiction: I had to go to YouTube and look this up because I had never heard this song. It’s pretty decent and I like it. The man is an excellent singer and the song is good. What more matters than that?

Ed Sheeran will do well on Game of Thrones.

Fact: I don’t watch Game of Thrones and only have a faint notion of who Ed Sheeran even is, but I saw something about this on some site and he’s got some acting experience and a loyal following of fans so why the heck not. I don’t think the GOT producers would have hired him if they didn’t think he’d be a positive addition to the show. They hired him and he’s there so what more needs to be said?

Imagine Dragons have yet to recapture the quality of the first hit album.

Fact: I’m not even sure who the Imagine Dragons are so I had to go to Wikipedia and YouTube to find out. Not bad. As for not matching the quality of the first album, that’s a pretty common thing in the music industry. It’s called the Sophmore Slump and it happens more often than not to most musical artists. So long as they’re happy and the music company is happy and both parties make money, it’s not really a big deal. It’s just part of life in that business.

The music video for Future’s “Use Me” was below average.

Fiction: I’m not even sure of who “Future” is so I again, had to go to YouTube and watch this video. It’s not bad and I was entertained. It’s nothing special, but it’s not anything to be ashamed of or bad either.

Future’s back to back #1 debuts in the Billboard 200 is impressive.

Fact: Anytime a band can debut at #1 on the Billboard charts, it’s a good and positive thing and should be celebrated. Good for them.

Lorde’s new song “Green Light” is a good preview of her second album.

Fact: I listened to the song and liked it. Lorde has a great voice and unique sound and if this single is any indication of what the upcoming album will bring us, then good for her.

Black Sabbath will never get back together.

Fact: While never is a long time, look at the facts. Everyone who matters with Black Sabbath is old. Very old. And Bill Ward, when the last opportunity to reunite came up, was a bit of a prick about his pay scale and role. Ozzy doesn’t need Black Sabbath and without Ozzy as the frontman, what is the point of a reunion anyhow? Stick a fork in them – they’re done.

Jay Z is right about the state of modern radio.

Fact: I generally don’t give a damn about anything that Jay Z says, but he’s right in that radio’s role in making music stars and promoting new songs is as low now as it’s ever been. It’s all about YouTube, I-Tunes and the internet now. Radio still has a role, but most artists can take it or leave it with little consequence or effect on their career. Video killed the radio star and now, the internet and I-Tunes are killing the radio stars. It’s a nasty and vicious cycle.

Even after the casting announcements, you’re still not sold on the Tupac/Biggie TV series.

Fact: Let the two men rest in peace. Biggie is dead and Tupac lives in Cuba. They’re history. Forget about it!

A Taylor Swift streaming service would have to be cheap to be successful.

Fact: If I want to listen to Taylor Swift, and honestly, why would I anyhow, I just go to YouTube and pull up her videos. She’s a good singer and songwriter and all of that, but all Taylor, all the time? Would I pay for that? Would anyone honestly pay for that? I don’t think so.

Breaking Spotify records isn’t as big a deal as music websites say it is.

Fiction: I personally don’t care, but what the hell. Records are made to be broken and if a band breaks a record on Spotify, they should tell everyone and shout it to the wind. Be proud and loud because it’s all about perception in the entertainment industry and any successes do matter.

As it turns 20 this year, Selena is still one of the best music biopics.

Fiction: I watched it once and have never watched it again. In comparison, the movie “The Doors”, starring Val Kilmer, I’ve watched at least a dozen times. “I Walk The Line”, the biopic of Johnny Cash, I’ve watched probably fifteen or more times. The Selena movie is okay, but one of the best? Nah, I don’t think so.

Fact: Mariah Carey has gone from a talented singer to an over-rated joke of a Diva over the past several years. The only one who really cares anymore about Mariah is Mariah. This attempt at staying relevant will bomb, just like she did back on New Year’s Eve. A waste of everyone’s time to be sure.

You’re not interested in a memoir from Gucci Mane.

Fact: I had to ask my brother who Gucci Mane is and after he clarified for me and told me a bit of the man’s story, I admit that I was a bit interested. I like some of his songs (but don’t tell anyone because I have a reputation to maintain.) But I expect, if he does write a memoir, he’ll leave out the best stuff, sugarcoat the rest and who really wants to read something like that. If he tells the full and honest truth, someone will probably end up killing him (or at least trying to again). He hasn’t had enough of a career to fill out a book yet anyhow and except for killing people, there’s nothing to see or read. Forget about it!

Chuck Berry’s legacy as a rock and roll pioneer is intact.

Fact: He sang “Johnny B. Goode”. He made singing about his “Ding-A-Ling” a big hit that was even parent approved. He’s a legend, an icon and has a legacy as one of the first and one of the best. No matter what else happened in his life and history, that legacy remains strong and will go on for years to come. RIP Chuck Berry. You were definitely one of the best.

And there you go with my first trip into the music world, at least in this format. What do you think? How did I do? Thoughts and comments are welcome. And now, it’s time for breakfast… and maybe then, a nap. I’m Doug and I’m down and gone. Catch you on the flip side. 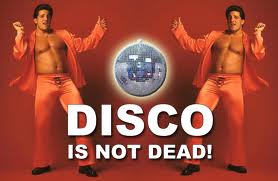