It’s time to get political with your favorite homo-Republican host with the most, me. These questions come from the Facebook page of “Opposing Views”, a left-leaning site that claims to have no agenda. They aren’t quite truthful about that, but the questions are good and I guess that’s really all that matters. The answers come from me and guess what? I’m right. Now, let’s do this and get busy. Away we go…

Do you think Fox News is better off without Megyn Kelly?

Actually, yes I do. I liked Megyn at first, but as the election stuff was going on, she seemed to change and all of the things that made her stand out as a rising star at Fox seemed to melt away and what was left was vindictive, biased and seemed to care more about her own agenda than actually talking about the news. No wonder she’s at NBC now – it’s a perfect fit. Fox should concentrate on bring back Greta Van Susten and hell, even O’Reilly if they can. But Megyn? They’re better off without her.

Do you think people should mind their own business about what foods people buy with food stamps?

To a point, yes. So long as the food stamps are being used for food, I have no objections. People like different things and have different tastes so what I like to eat and someone else likes to eat will probably be different and I wouldn’t want anyone telling me what to eat. However, if people are found to be using food stamps for other reasons, like lottery tickets, cigarettes, alcohol, clothes, etc, then we have a problem. They’re for food and food only and anything else is wrong and messed up and should not be allowed.

Chelsea Clinton has dropped heavy hints about running for office one day. Would you vote for her?

Not at all. Let her hold a real job first and gain some life experience and prove she’s not as dishonest and crooked as her parents and maybe then, she could consider a job as a Mayor or some local political office. But for national office, she’s not qualified for anything and the only thing she has going for her is the name. That’s not a good thing.

EVERYONE should stand when the National Anthem plays. Do you agree?

Everyone should, but I’m not going to bitch and complain when people don’t because it’s part of our freedom of speech and self-expression. It would be nice and respectful, but respect is something that is sorely lacking in today’s world so I don’t really expect it anymore. But, and here is where it may sound hypocritical, but it’s not. If a person is not wanting to stand and show respect as themselves, then so be it. But if a person is part of an organization and a representative of that group, they should act in accordance to the policies and standards of that group, like say the NFL. When a football player is wearing that uniform, he’s representing the team and the organization as well as himself. Not standing causes disruptions to the team, causes bad press for the team, distractions for the team and it seems, based on the latest NFL TV ratings and approval ratings, costs the teams and NFL millions of dollars so far this past season. It’s the right of every person to stand or not stand, but it’s also true that they will have to face the consequences of their actions, be it terminated and unable to get a job, losing endorsement deals or just being called out by the President. If a player on a NFL team or an NBA team or whatever decides to not stand, that’s fine, but in my mind, that makes him a selfish and inconsiderate ass-clown who is putting his own agenda ahead of the team that is paying his salary and he is supposed to represent. If that happens, he should be warned first and then, if it continues, terminated quickly and permanently.

Same-sex couples can now adopt children in all 50 U.S. states. Do you think that’s good or bad news for America?

I think that’s great. There are so many kids that need a good home and parents that can love, support, care for, and take them in as part of their family. What should it matter what gender the parents are so long as they’re good parents? Simple. It shouldn’t.

A Maryland school just banned students from wearing Redskins apparel because they think it’s “deeply offensive.” Do you AGREE or DISAGREE with them?

If they are also banning ALL NFL apparel, as well as any images of rappers, TV stars, movies, books, politicians and anything else that might offend someone, then it’s okay. But if they’re just banning the Redskins and nothing else, they’re just setting themselves up for a lawsuit and are indeed proving themselves to be, “stupid idiots!”.

President Trump’s approval rating just shot up for the third straight week. Do you think Trump is improving on the job?

Trump is learning on the job, keeping his promises and refusing to give in on what he feels is right. I think he’s doing fine and growing into his role as the President more and more each day.

Give us your honest answer: Do you think some people hate the Obamas because of their race?

Of course some people do. And then others hate the Obamas because Barack was a failed President, lied to us repeatedly, raised our national debt more than every other President in history combined and weakened our nation considerably while making us look like idiots to the rest of the world. Some people use race as the focus for their hatred and that’s stupid, petty and pretty dumb-ass. There are plenty of other reasons to hate Obama that are actually valid. Use those reasons instead.

Describe the Clinton family with one word.

Would you like to see Obamas face on Mt. Rushmore some day?

I don’t think we’d have to worry about that. Failed Presidents don’t get to have their faces put on national monuments.

Tennessee just became the first state to put convicted animal abusers on a registry just like sex offenders. Do you think more states should do the same?

This is a great idea and is something that all 50 states should do. I have absolutely no use for anyone who would hurt a child or an animal. These are the most disgusting and lowest form of humankind in existence and there is is a way to keep these people from having pets or access to animals, it’s definitely a good idea. Whatever it takes, so be it.

And that’s all of that for now. I have to go get ready for work now so I’m out of there. Thanks for reading, Thoughts, comments and dare I say it, opposing views are welcome and appreciated. Until the next time… 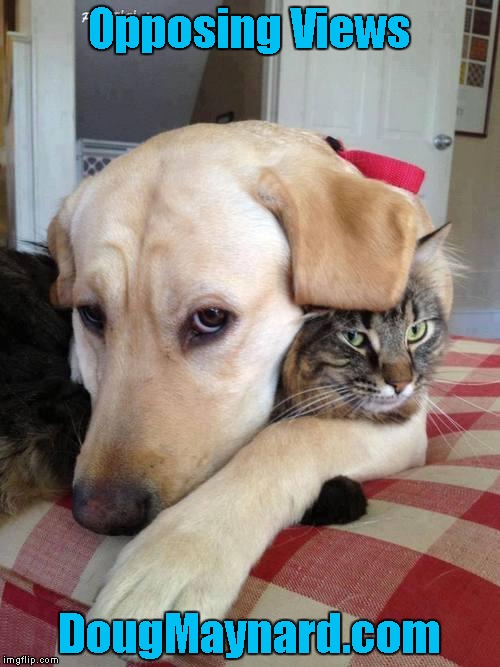