And here we are with Part 2 of the Tossing Salt Predictions for Wrestlemania 35, taking place on Sunday, April 7, 2019 at the MetLife Stadium in Brooklyn, NY. I’ve already broken out the crystal ball, the Tarot cards and the Sister Cleo outfit. Now let’s just get with the thoughts and predictions for the rest of event or as Paul Harvey used to say, “the rest of the story”. Let’s do this…

As of this writing, Rey has yet to be medically cleared after suffering an ankle injury this past Monday night on RAW in a match against Baron Corbin so his participation in this match is still up in the air as of now. Doesn’t really matter though if Rey is able to get into the ring against the Samoan Wrecking Machine or if a substitute has to be found. I think Kevin Owens is available and I’m sure Bray Wyatt would be happy to step up as well. But it doesn’t matter who the challenger will be. That belt isn’t changing hands anytime soon.

Kurt is out the door and Corbin is sticking around. The results should be obvious.

This one is scheduled to be part of the Kickoff Show. Participants: Braun Strowman, Colin Jost, Michael Che, Andrade, Apollo Crews, Titus O’Neil, Tyler Breeze, Jinder Mahal, No Way Jose, Bobby Roode, Chad Gable, Kalisto, Gran Metalik, Lince Dorado, Bo Dallas, Curtis Axel, Heath Slater, Rhyno, Viktor, Konnor, Ali, Shelton Benjamin, Luke Gallows, Karl Anderson, Matt Hardy, Jeff Hardy, Otis, Tucker and EC3. These are the men, 29 in number, who are scheduled to compete in the Andre the Giant Memorial Battle Royal. There is still technically one spot left open so this could go to Luke Harper, Bray Wyatt, Kevin Owens or almost anyone. But let’s not speculate on who the 30th entry may be, but instead let’s decide who will walk out with a big win and that trophy. It won’t be Braun Strowman because somehow, the two SNL guys will end up causing him to eliminate himself. I think the favorites here would be Matt Hardy (last year’s winner), Jeff Hardy, Apollo Crews or EC3. Crews has been getting the big semi-push as of late, but I think it’s time for EC3 to finally start to get that chance to strut his stuff and make an impact. I think he’s winning here.

If this was just a regular match with Lashley defending against Balor, I’d go for Bobby to win every single time. But since we’re getting the whole “Demon” gimmick brought out of the moth balls, there is no way that Finn is not going over here. Look for a great match of Lashley’s strength versus The Demon’s speed and striking ability and in the end, ewe have the crowning of a new Intercontinental Demon King.

As per usual, the Cruiserweight Championship match has been regulated to the Kickoff Show and also as per usual, this will probably be one of the best matches of the entire event. Murphy is an absolute wrestling machine and has been a dominating Champion for the 205 Live Brand. Tony Nese is also a damn good wrestler who I remember watching make his debut many years ago on Impact Wrestling and he’s only gotten better and better since those days of TNA. Nese is good and is ready to take that next step up the ladder of 205 Live, but I don’t think his time is here just yet. I think that we’ll have Murphy’s Law rule over the land of the Cruiserweights for some time to come. A great match and plenty of near falls and in the end, Murphy retains.

The Battle Royal with no name for the ladies of WWE is part of the Kickoff Show and scheduled to participate are: Asuka, Carmella, Naomi, Lana, Mandy Rose, Sonya Deville, Nikki Cross, Dana Brooke, Ruby Riott, Liv Morgan, Sarah Logan, Mickie James and Zelina Vega. The rest of the match will be filled out by ladies from NXT and NXT UK. It also wouldn’t surprise me to see a “legend” or two take part to fill things out and there are many of these names available via Axxess. But let’s get to it. She was screwed out of the Smackdown Women’s Championship a couple of weeks ago and shouldn’t even be thrown in this match. She should be in either the main event or in a singles match where she can show her abilities and just how bad ass she truly is. Asuka wins or I riot!

Let’s go ahead and get the two teams who are definitely NOT winning out of the way. I’d love to see Rusev and Nakamura walk out with the gold, but despite this event taking place on Rusev Day, it’s not going to happen. And also, despite already having multiple tag team titles to their credit, we’re not going to see Sheamus and Cesaro taking that trip to the pay window. So that leaves current champions The Usos and the two men who are also challenging for the NXT Tag Team Championship on Friday night at Takeover, Ricochet & Aleister Black. I’ve got a theory that I mentioned in my Takeover predictions that the team of The Revival, who have been having issues with Ricochet & Black on RAW, will get involved and cost the two NXT standouts the chance to be the NXT Tag Team Champions. Well, why not have them get involved here as well? A distraction by The Revival and that allows The Usos to take advantage and score a win to retain the belts. Works for me.

And here we have the best technical tag team in WWE today, The Revival, taking on and defending their titles against the happy-go-lucky Zack Ryder and the man of a thousand losses, Curt Hawkins. There is no way in hell that the one time “Major Brothers” should win this match, but it’s time to have that losing streak come to an end. Much like a couple of years ago when Ryder came out of nowhere to win the Intercontiental Championship and have that great Wrestlemania moment, it’s time to see it happen one more time. And if it comes off a distraction and some payback on The Revival courtesy of Black and Ricochet, then so be it. The streak ends and we have new champions. Woo woo woo – you know it!

And there you go. The end of who I think will walk out of Wrestlemania with their arms raised in victory and wearing championship gold. So am I right or am I wrong? What do you think will happen come Sunday night and who do you think will have the big moments of making history. Let me know with your comments, thoughts and questions.

And with that, I now call it a night and bid you good night. Thank you for reading. Enjoy Takeover on Friday, the WWE Hall of Fame Induction Ceremony on Saturday and of course, Wrestlemania 35 on Sunday. Have a great weekend and be safe. I’ll catch you later. 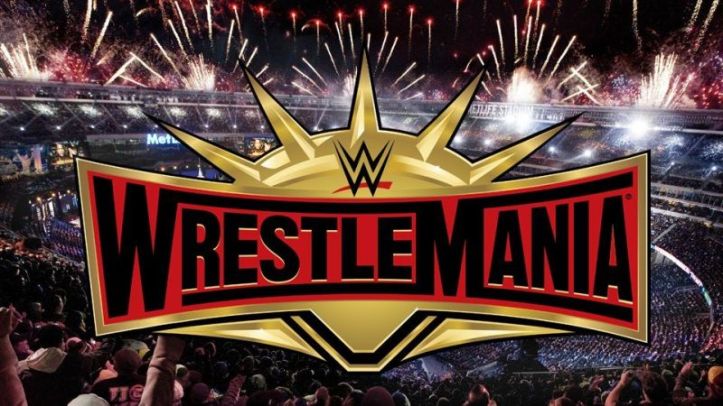