These come from my friend, David and even though I’ve touched on these topics before, some of them anyways, there’s nothing wrong with doing it again. Let’s do this…

When the X-Men join the MCU, should they stick to continuity from the previous Fox movies or do a total reboot?

While the past twenty years of X-Men story and movie is pretty cool, most of it anyways, the best thing that Disney and the MCU can do when they bring Charles Xavier and his merry band of mutants into the mix is to just start fresh and do a total reboot. Well except for Deadpool. Part of the joke about his character could be references to the old movies that no one else remembers. But where the X-Men themselves and their associates like X-Force, The Brotherhood, Magneto, etc go, just figure out a way to factor them in to the mainstream MCU and just run with it.

How about the Fantastic Four?

The answer for this is the same as the one for the X-Men. While the original movies for the Fantastic Four were decent in my opinion, some of them anyways but to be honest, I hated the most recent one, those are like alternate earths and in the mainstream MCU, they didn’t happen and should never even be acknowledged unless it’s maybe a dream that Johnny had after eating one of Ben’s late night hoagie specials. When Reed, Sue, Johnny and Ben, along with their extended family of Wyatt Wingfoot, Agatha Harkness, Franklin Dr. Doom, Galactus, The Silver Surfer, etc, should all start fresh and new.

Thoughts on the Shazam movie?

I saw this one a couple of weeks ago and while I wasn’t really expecting all that much from it, I liked and enjoyed it and actually laughed out loud several times. It was a good take on an old story and watching Billy and Freddie explore and learn about Billy’s new abilities was truly a job. It wasn’t the best superhero movie I’ve ever seen, but it was definitely far better than the usual DCU movie. It had the lighter tone, similar to Guardians of the Galaxy and was just a good, fun watch.

I’ve been to see it twice so far and each time, it’s better and better. As a way to wrap up the past 11 years and 22 movies, Disney and the MCU did an outstanding job. While not perfect and there are a few minor annoying spots in the story, it was as near to the ultimate culmination of all the previous movies that can be. I’m not going to give any spoilers, although I do have to admit I freaked when Batman punched out Dr. Doom. And seeing Chewbacca and that bar scene with the Hooters girls was pretty cool too. Just go see the movie. And then go see it again. You’ll laugh. You’ll cry. You’ll feel your heart clench up in anxiety and then feel relief as you can breathe again. The first time I saw it, the people in the theater stood up and applauded as the ending credits began to roll. True story. And I think that says more than I ever possibly can. It’s been a hell of a ride and if Disney was to stop right now with the MCU movies, they could call it a success and be happy. I can’t wait to see what’s next.

What is your guilty pleasure superhero movie?

Would “Jay & Silent Bob Strike Back” be considered a superhero movie? After all, we do get to see our favorite set of heterosexual lifemates don the costumes of Blunt Man and Chronic, right? Okay, maybe not and I guess “Dogma”, another great Kevin Smith movie, wouldn’t count either. I’m sure that my buddies in the great white North are expecting me to say “Howard the Duck” and that is a so bad, it’s cool movie that I don’t mind watching every so often. But is it my “guilty pleasure” among movies of people who wear the masks and capes and fight crime and injustice? I think I’ll have to go with the Ben Stiller masterpiece, which also stars Paul Reubens, Greg Kinnear, Jeneane Garofalo and many others. Of course I’m talking about “Mystery Men”. The adventures of Mr. Furious, The Shoveler and The Blue Raja, joined by some new friends, try to save Captain Amazing from the evil Casanova Frankenstein and his groups of eccentric thugs. It’s a really cool and entertaininng movie and if I ever take part in another “Lost and Forgotten Movie Gems” podcast with SMF Cyberspace, this will probably end up being on the list. Always a good watch and a good time and yes, in the end, justice prevails.

And there you go. My thanks for reading. And with that, I’m out of here for now. Any thoughts, comments or questions, drop me a line and tell me what up. Until the next time, take care and have a great one. Go see Avengers: Endgame. You’ll be glad you did. Have a great one. 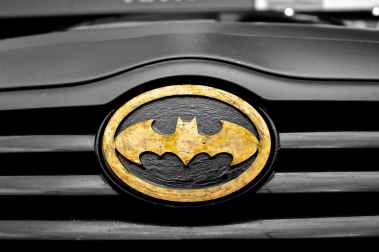 Photo by Picography on Pexels.com