A Day Of Dougie: Diamonds Are Forever: Remembering Friends…

Good evening and Happy day after Thanksgiving. I hope that everyone had a great Turkey Day and enjoyed the pleasures of family, friends and food on this day of togetherness and love. Welcome to a new edition of “Days of Dougie!”.

And the topic for today? Usually, I would reach into the “Magic Bag” and draw out some topics at random to use, but not so much today. I have something… or should I say someone on my mind. Four someones to be specific. I just want to pay a little tribute and respect to four very special gentlemen. So bear with me because this needs to be done.

God took four new Angels home over the past month, all of who were special to me and held a strong place in my memories and heart. Though friends come and go and honestly, I haven’t been very close to any of these guys in recent times, there was once a day and time and those days, those times, those memories, I will truly cherish forever. I just had a thought that I want to mention before I get into the specifics and talk about each man. These aren’t angels so much as a new “Four Horsemen” for Heaven. Yes, you knew I had to get a wrestling reference in here somewhere, right? But unlike the original Horsemen in the Bible who weren’t nice guys and spread chaos and fear, these new “Horsemen” spread love, respect, gentleness, honesty and all that is good. It’s what they each did in life, in their own ways and what I’m sure they’ll be doing in the afterlife as well. They’re just that damn good… period.Let’s talk about the men.

Pat Cooper. A better man, I’ve never known. This gentle giant has been a friend since the days of my days with Jimmy Lee at the old Convenient Food Mart. We’ve would hang out together sometimes, mostly at the store or at Showtime Pizza in the upstairs part where Pat pretty much controlled the DJ booth and trade conversations and thoughts on things that mattered, mostly wrestling, but the occasional life moment as well. Most people have skeletons in their closet and people who are friends to their face, but talk about them behind their backs, but I can honestly and truly say that in thirty-plus years, I’ve never heard anyone say a bad word about this man. He was soft spoken in word, but always there willing to lend a hand, lend an ear, be a friend and even though we weren’t as close in more recent years, there was always a smile and a friendly face every time we would meet. He was a young man with a very old soul. There aren’t really too many truly “nice guys” in this world. Pat was definitely one of them though and a true blessing to know.

Wayne is someone I’ve known since 9th grade at Scotland High and he was also a neighbor, living just a quick walk away through the woods over in Country Club Estates. Often misunderstood, Wayne was truly a character. He wasn’t always easy to be around or get to know, but if you managed to get close to him, it was well worth the struggle. A big heart who would do anything for anyone and give the shirt off his back or last dollar if he thought you needed it more. He had some great taste in music, more of the harder rock sounds than the  stuff we usually hear on the radio, but Wayne wasn’t a conventional type of guy. He was a lone warrior who marched to the sounds of his own drummer and lived his life, no apologies and no turning back. A true friend and incredible person from day one until the very end.

Keri was someone that I can’t really claim I was friends with so much as more like associates. We had a mutual friend and though we never were alone together, that was still enough of a bond to make it work. A big man who always had a big smile and even bigger heart if that’s possible, Keri was a perfect example of not judging a book by the cover. He had every right to be bitter, but instead chose to always make people smile and laugh. I wish that back in the day, we had had a chance to maybe become better friends and maybe hang out more, but alas, that was not to be. But he did earn a place in my heart and memories that I will always cherish. He was Kenneth’s friend more than mine, but we were still partners-in-crime and shared many a good time and bad joke. And memories that will live forever.

And finally, this one was a shock to me and shouldn’t be here. He passed away earlier tonight and the details are unknown and don’t really matter much anyway. I’m sure that the gossips that are Scotland County will air the dirty laundry and tell their stories soon enough. I’ll just say this. Brian is a good man who I never knew well, but have known for over twenty years. We’ve shared beers and had some intereresting, unfortunately too brief, conversations and there was always a smile, a quick comment, and a feeling of joy and elation whenever our paths would cross. I know he had his demons as do we all and that’s okay. It’s part of life and part of what makes us who and what we are. I also know that he’s a good man, a smart an funny wit and a man that I have a lot of respect and love for. A nicer guy and cooler dude, you’ll not find anywhere. He and I were more casual associates than close friends, but I’ll never forget him and that’s the bottom line on that. 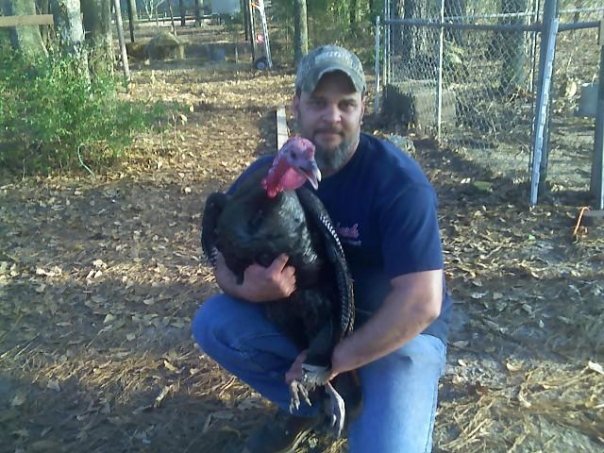 For whatever the reasons, they were all called home too soon and have left this world to go forward to a new life, a new beginning and a new destiny. But the memories will forever live with those of us who knew them and loved them. The world today is darker for their absence, but our lives will be forever brighter for once having these people in them and they will live in our hearts forever. Rest in peace, Gentlemen. You are and will forever be missed.

“No one is truly dead until the ripples they cause in the world die away!” – Terrry Pratchett