Wrestlemania 36 Review
Night 2
April 6, 2020
DougMaynard.com
Last night, it was Part 2, the second night of the biggest show of the year for WWE and much like Night 1, it was an event that was unique, different and fitting of the title, “Showcase For The Immortals”. Let’s take a look back and go over each of the matches for the second day of the show too big for just one. Are you ready? Let’s do this…

A great way to start the show and both of these women brought their A-game to the ring and put on a hell of a performance. Rhea gave it everything she had, but in the end, the experience and skills of the “Queen” managed to secure the win with a submission. It’s not the way I was expecting to see things go, but Rhea looked great in this match and I don’t think that this loss hurt her. Charlotte looked strong and dominant and having her now as the NXT Women’s Champion adds a new twist to things. It’ll be interesting to see where this all goes.

The match was short and went pretty much as I was expecting and hoping. Black managed to get the win with a devastating “Black Mass” kick to the face. And Lashley didn’t look any weaker as a result since the blame can be placed almost entirely on Lana who’s “advice” was responsible for the sudden pin. The right person won the match and cracks are showing in the Lana / Lashley relationship to keep that story going.

It was what it was. Mandy Rose came out at the end, gave Dolph a low blow and then and after Sonya. Otis won the match and got the girl and a kiss. Soap opera city, but a good Mania moment for Mandy and Otis.

This was a brutal fight, not a match and went all over the Performance Center. Edge and Randy both gave it 100% and it was stiff and hard to watch sometimes at the punishment these two men put their selves through. It ran a little too long for my taste and might have worked better if they had knocked about ten minutes or so off the match, but aside from that, these guys tore the house down. A great return for the Rated R Superstar and Orton looked probably the best he has in a long time. Both men deserve a bonus check for this fight and yes, the right man won. Congratulations Edge and here’s to a long and fruitful return.

Gronk versus Mojo Rawley for the 24/7 Championship.

The usual craziness. Mojo was being chased around by a bunch of people I’ve never seen before and probably never will again. Gronk jumped off the balcony and took out everyone. A cover on Mojo and Gronk pinned his best friend to win the title. Filler and some publicity for WWE as we get a new champion.

This match was pretty run of the mill and exactly what you’d expect. Good wrestling from both teams, but nothing worth bragging and writing home about. I liked the look of Garza & Theory as a team and I would like to see more. The Profits won to retain their belts and then the fun happened. Attack by Angel & Theory after the match and Zelina gets a few shots in as well. Here comes Bianca Belair to the ring and she goes after Zelina with the KOD. The Profits regroup and run Angel and Theory from the ring and we see a pose-down with Bianca and the Profits. Does this mean a new alliance for RAW and some six-man feuds? One can only hope.

Titus O’Neill is here and he’s taken over as the “Host of Wrestlemania”. It’s a dirty job, but someone has to do it.

Fatal 5-Way Elimination Match for the Smackdown Women’s Championship: Bayley versus Sasha Banks versus Tamina versus Naomi versus Lacey Evans.

The match starts off slowly as Tamina gets in some moves and looks like a beast. Everyone teams up against the biggest woman in the match and all four cover her to get the elimination. Tamina is gone and things pick up a bit. Bayley and Sasha are working as a team and we see a lot of back and forth. Naomi gets in her spots and then is taken out by Sasha. Naomi is eliminated. It’s two on one as the best friends go after Lacey and they do their damage, but a Women’s Right from out of nowhere takes out Sasha and she’s eliminated. It’s Lacey and Bayley left in the match and Sasha isn’t happy about it. She has some words with her best friend and exits the ring. Some good action with Bayley and Lacey and it could go either way. Just when it appears that Lacey is going to pull off the upset, Sasha is back and interferes. Bayley takes advantage and scores the pin to retain her title. Not how I expected things to go, but the tension and friendship with Bayley and Sasha will continue while Lacey still looked strong. And Tamina looked the best she has in a long while so maybe something will come out of that. A good and solid by the numbers match. And though I hate to admit it, the right person won. I’m interested to see how this develops.

This was different. I must admit that when I watched it the first time, I was like what the hell is going on here. It was like a bad trip of wrestling acid, but I went back later last night and watched it again… three times. And the line between insanity and genius is often very narrow. This was a mixture of both. On a regular show, it wouldn’t have worked at all, but this whole weekend has been anything but regular and for a longtime fan like myself, this was a definite trip down the rabbit hole and through the looking glass. Much like the Boneyard Match last night, it was totally different from anything we’ve ever seen before and Wyatt, Cena, and everyone else involved are to be commended. As the Vince puppet said in the line of the night, “This is good shit!”. Bray wins with the Mandible Claw at the end and he and Cena had an encounter that will be talked about for years to come. All in all, not a bad day at the office. It was just, wow.

Titus is back and he is just as baffled as I was after the first viewing.

It was shorter than I was expecting, but no complaints. Brock got the early advantage with a few suplexes and a few F-5’s. Claymore time and after four of them, Drew gets the pin. New Champion and a dream come true for a young lad from Scotland. I was of the mind that they should wait until there was a live audience to make the moment special, but it was a moment for Drew and the emotion was there. The right guy won and it was definitely a true Wrestlemania moment. A short match, but it hit the right spots and we have a new WWE Champion.

And there you go. Of the two nights, I think I personally preferred the first one, but both nights had the magic, the moments, the surprises and worked well to live up to the name of the “grandest stage of them all”, especially under the current circumstances. WWE made the best of a bad situation and did what they had to do and it worked, very well indeed. Is this the best Mania of all time? Nope, but it is one of the most memorable and people will be talking about the Boneyard Match with Taker & AJ and the Firefly Funhouse Match with Bray & Cena for years to come. A solid set of shows and everyone involved should be applauded and proud.

And with that, I’m out of here. My thanks for reading. Comments, thoughts or any questions, drop me a line and let’s chat. I can be reached here at the site, on Twitter at @Doug28352 or at my e-mail of Doug28352@yahoo.com. Take care and stay safe and I’ll catch you later. 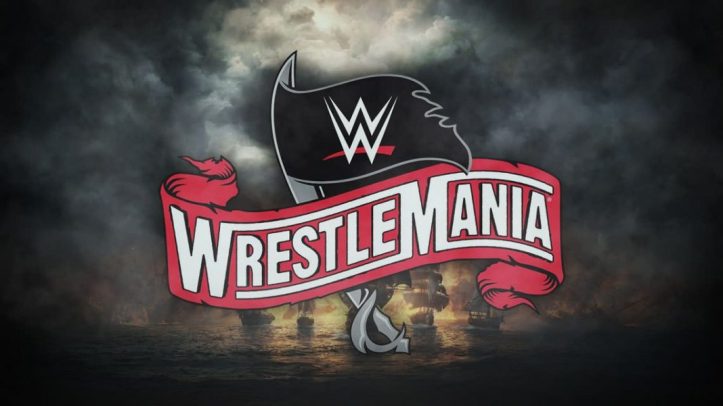